Possession of a Controlled Substance in Virginia

The Virginia Code prohibits citizens from possessing any controlled substance without a valid prescription. See Virginia Code Section 18.2-250. A number of substances are illegal to possess in Virginia, and they are classified according to schedules in the Virginia Code, with the exception of marijuana. Possession of marijuana is a special category of drug offense, and there are separate statutes that criminalize marijuana offenses. (Note that this exception does not include hashish.)

The Virginia Drug Control Act mirrors the federal Controlled Substances Act in categorizing controlled substances using a spectrum of schedules. Schedule I contains the most dangerous drugs, which have a high potential for abuse and addiction and no recognized medical value. Schedules II, III, IV, and V decrease in dangerousness and probability of abuse. See Virginia Code Sections 54.1-3446 through 54.1-3455. For any possession charge, the penalty also includes a 6-month driver’s license suspension, although you may be able to get a restricted operator’s license. 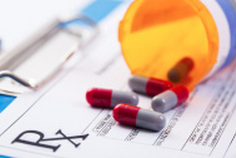 Possession of a Schedule I or II controlled substance is a Class 5 felony and is punishable by imprisonment for at least one year but no more than 10 years or, in some cases, up to 12 months of imprisonment and a fine of $2,500.

Schedule IV drugs have a low potential for abuse as compared to Schedules I-III drugs. These substances have a limited potential for dependency and are currently accepted as medical treatment. Valium, Rohypnol, and Xanax fall into this category, as well as other tranquilizers and sedatives. Possession of a Schedule IV controlled substance is a Class 2 misdemeanor, which allows for a $1,000 maximum fine and up to 180 days in jail.

Schedule V drugs have a low potential for abuse compared to other drug schedules. These include codeine-based cough medicines. Possession of a Schedule V controlled substance is a Class 3 misdemeanor and will result in a maximum fine of $500.

Possession of a Schedule VI controlled substance is a Class 4 misdemeanor punishable by a fine of up to $250.

What if my friend has a valid prescription and shared with me?

It is against the law to take a relative’s or friend’s prescription drugs for any reason. Virginia Code Section 18.2-250 prohibits any person from knowingly or intentionally to possess a controlled substance unless the substance was obtained directly from a valid prescription or order of a practitioner while acting in the course of his professional practice.

If I am found with a controlled substance, is a conviction inevitable?

No. The fact that a person owns or lives in a home or vehicle where drugs were found is not necessarily evidence that he or she knowingly possessed the illegal controlled substance. More proof is generally required to secure a conviction.

What can an attorney do for me if I am facing drug charges?

Drug possession cases can be complicated as there are many factors involved, including the type of substance, the amount found, and whether evidence of intent to distribute was recovered. Even your criminal history can be a factor in the outcome of your case.

The first step in any possession charge should be consulting with an attorney. A skilled defense attorney can help you defend yourself from the serious consequences associated with drug possession charges. Your charges may be reduced, alternatives to jail time could be pursued, or the judge may even dismiss the case entirely. The sooner you seek an attorney, the better your chances. At every stage of a case, there are things an attorney can do to help minimize the negative impact criminal charges may have on your life.

All content contained in this blog is for informational purposes. It is not intended to be legal advice and does not establish an attorney-client relationship. If you are facing criminal charges, you should seek the advice of a skilled criminal defense attorney licensed in your state.

← Possession of Marijuana in Virginia: The Basics
Possession with Intent to Distribute →