This article refers to the second half of the term “stop and frisk.” If an officer reasonably suspects that a person is armed and dangerous, he can conduct a quick search or patdown, limited to the person’s outer clothing, for weapons. The legal authority for police officers to search someone’s person comes from the 1968 U.S. Supreme Court case Terry v. Ohio.

Limits of a frisk

The frisk usually occurs after an officer has conducted a Terry stop, which we wrote about here. However, the police cannot automatically frisk someone as the result of a Terry stop. The officer must have a specific reason to believe that the person is armed and dangerous.

When a police officer searches someone, they may pat down the outer clothing only. An officer cannot squeeze or manipulate your clothing or reach into your pockets during a frisk unless he believes he has felt a weapon. If this is the case, then the officer can reach inside clothing to see if it is a weapon. 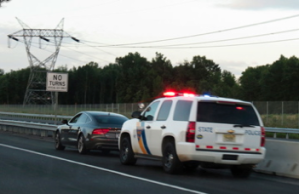 During a frisk, if the officer can feel other evidence (such as a suspected drug container) underneath clothing, it can be seized. This is called the “plain feel” doctrine. To pass the plain feel test, the item must have an immediately apparent character or quality of being contraband. In other words, the drugs must obviously be drugs when the quick patdown is conducted. The police cannot manipulate your clothing to search for drugs. If the officer can’t tell from the frisk what the object is, he cannot explore it further.

What’s the difference between a frisk and a search incident to an arrest?

What should I do during a stop-and-frisk?

You have the right to refuse consent to a search (although your lack of consent will not necessarily prevent an officer from searching you). If the police officer has the legal authority to perform the search, he will do so whether or not you agree. However, if he does not have the legal authority to perform a search, your consent gives him that authority. Ask the officer if you are free to leave.

All content contained in this blog is for informational purposes. It is not intended to be legal advice and does not establish an attorney-client relationship. If you are facing criminal charges, you should seek the advice of a skilled criminal defense attorney licensed in your state.

← Stop-and-Frisk Part 1: The Terry Stop
Possession of Marijuana in Virginia: The Basics →